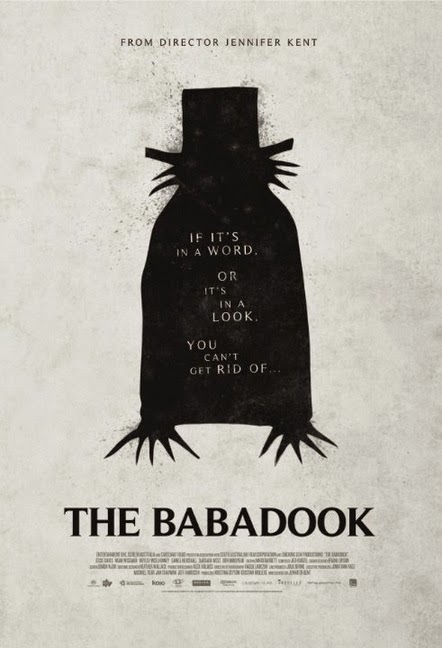 Good horror films are hard to come by. There's either an emphasises on gore and sex without a good storyline or the concept has been remade so many times that that the ending is predictable. The Babadook on the other hand, is a breath of fresh air. The Australian film directed by Jennifer Kent, twists and turns offering genuine scares and emotion. It's not surprising that the film sold more in three days in the UK box office, that it did in Australia over a number of weeks. Maybe the Australians thought the film looked too scary? 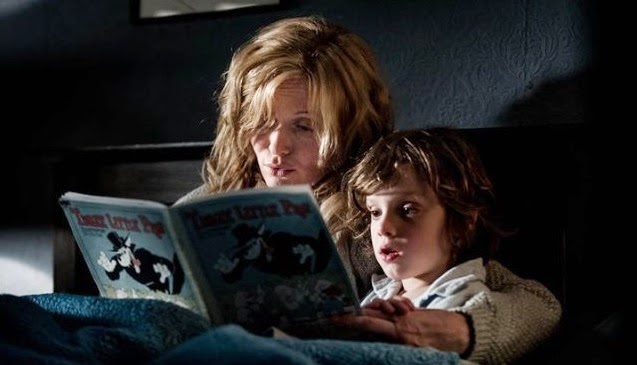 Brilliant acting comes courtesy of the two leads, Essie Davis and Noah Wiseman playing mother and son Amelia and Samuel. Widowed whilst pregnant with Samuel, Amelia has struggled to raise her son whilst juggling her job as a carer and Samuel's increasingly difficult behavioural problems. Completely worn out from her situation, which becomes gradually worst with her sister distancing herself from her, Amelia plods along in pilot mode hoping things will get better. But of course, the living nightmare starts with the arrival of the children's pop-up book, The Babadook.

The chemistry and bond between the two leads is incredible; you actually feel as if you are peering through a window in to the real life of an unfortunate family. Essie Davis has a way of making you connect with her character, to feel physically and emotionally worn out. You can see it in her face, the deep creases under her eyes, the unkempt appearance to the way she talks. Samuel is a great clever little boy, who creates gadgets to kill monsters and find it hard to make friends. You could actually sense that Noah Wiseman was genuinely scared during moments which made the feel more realistic. 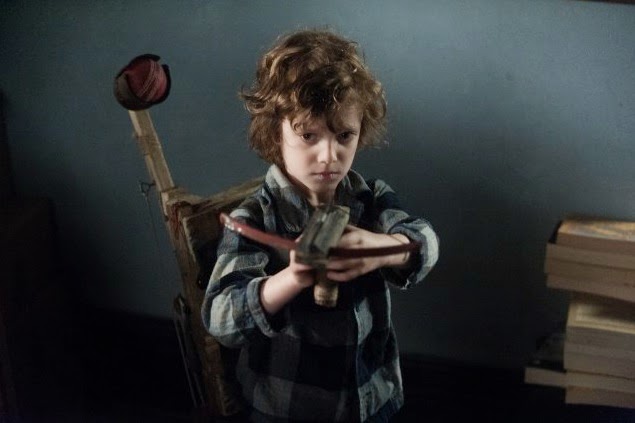 The Babadook is one of the first films in an extremely long time that made me jump and nearly scream. The frightening parts were well executed and unpredictable. I really felt for the characters and for once the ending came as a surprise. Something different from the typical unrealistic horrors out there, relying on cheap scares to pull it through. A great horror film that will leave you wanting more, from a talented female director.