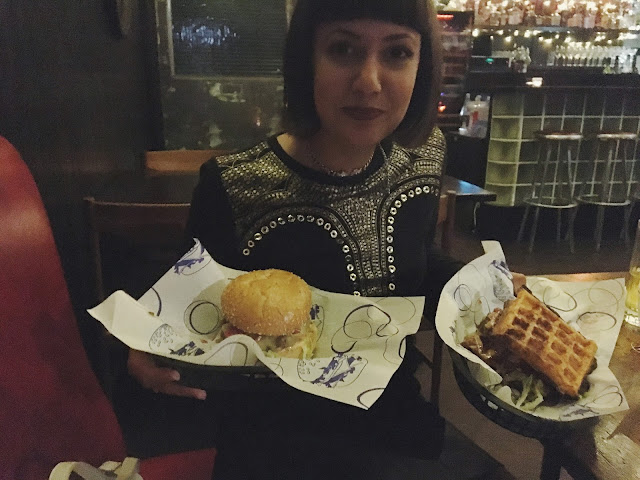 
Yes I'm back and hungrier than ever.

My love for burgers is a known fact meaning I'll try anything and everything new. Especially when one of my favourites Lucky Chip releases a Halloween special that's so good, it's extended up until the end of November. Netflix's hit series Stranger Things brought all things 80's kitsch to everyone's lives this Autumn and if you haven't seen it, stop now and watch the first episode, you'll be hooked.

Lucky Chip introduced the impressive Stranger Things menu to all three of their restaurants in Dalston, Islington and the most recently opened one in Camden. With burgers named 'The Hopper Whopper' (Aged beef patty, upside down In-N-Out special sauce, cheese, onions etc.) and 'The Demogorgon Burger', also sides such as 'Hawkins High Snack Box' (chicken nuggets, french fries, coleslaw & chicken gravy) I just couldn't resist trying just one stranger thing on the menu. 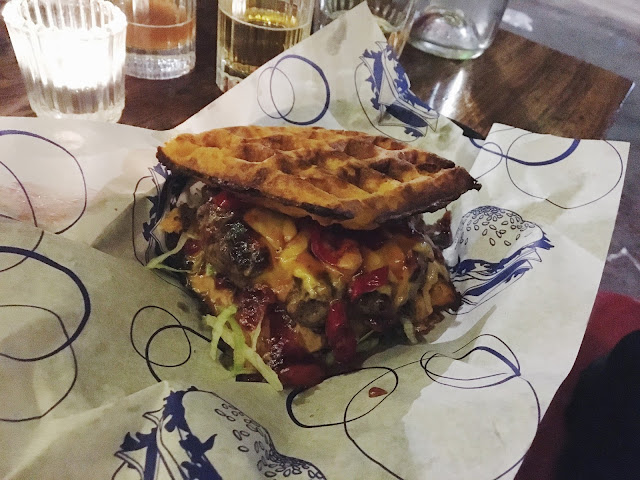 At first glance, I knew this was the burger I would be trying on the Stranger Things menu. I've never eaten peanut butter and jelly in a burger, but with chilli thrown in there, this looked like something special. When the burger arrived I was a little intimidated, but tucked in my bib and got stuck in. The potato waffle was the best choice against a regular bun here, as the burger is filled with the messiest toppings - a bun would just become soggy.

The beef is always great here, however the abundance of toppings zoned out the taste of the beef, not necessarily a bad thing but its the same with the American cheese. This isn't a strong tasting element, therefore made me think whether it needed to be in there? The stand out flavours of the burger were the saltiness of the peanut butter, the sweetness of the jelly and the fiery kick of the chilli. All three were a powerful flavour combo and something I've not tasted in a burger before. However, there was way too much peanut butter in there making it hard to chew with every bite. I'm glad I shared this burger, otherwise I would not have been able to eat the whole thing. 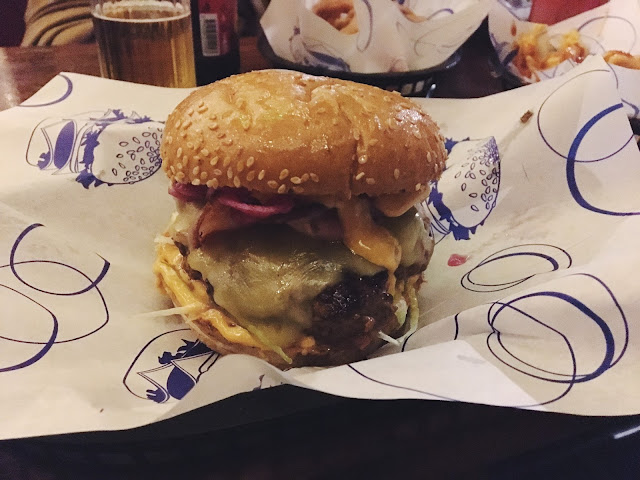 This was by far my favourite burger of the two, with it's gorgeous greasy beef patty and double cheese filling my mouth with goodness; the oozing molten gorgonzola flirted with the melted cheddar - a match in heaven. The candied bacon added a salty sweetness against the pickled onion and the homemade Big Mac sauce topped everything off nicely. Nothing more to say, what a lovely burger. 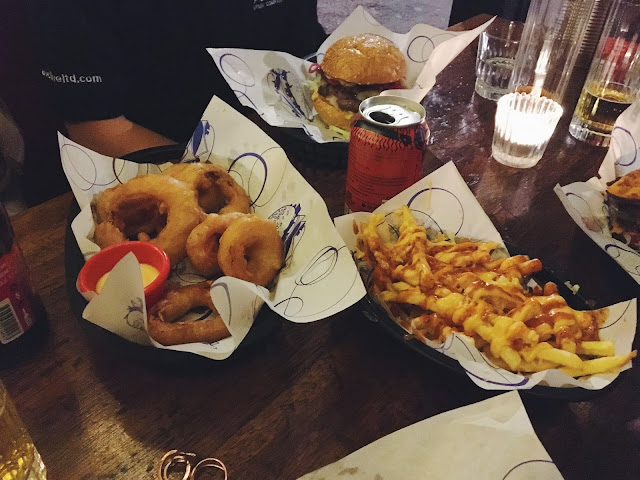 We also ordered sides 'Stranger Danger Fries' (£4.50), with the Holy Fuck sauce and spicy mayo adding the danger element to cheesy fries. In my opinion Lucky Chip champions burgers, not fries, but they do they job. I was extremely keen to try '11 Onion Rings' (£5.50) the eleven beetroot infused onion rings with ghost chilli mayo, but was left disappointed. I didn't receive eleven onion rings and there wasn't any hint of beetroot infusion in taste or appearance, these were just average oversized onion rings. Probably a side to avoid. 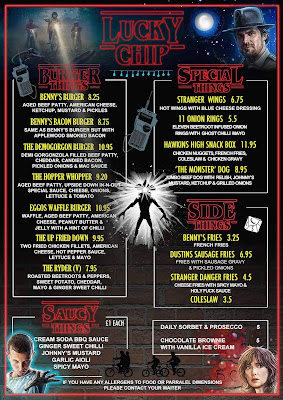 Overall both burgers were interesting but the Demogorgon burger was better than the mammoth Eggos Waffle Burger, both receiving a pickle rating of 3/5. I'm also giving the Eggos Waffle Burger a 5/5 for mess rating as its the messiest thin I've ever eaten! Wear two napkin bibs and have another two spare. There's only another week to try the Stranger Things menu at Lucky Chip, get down there quick before its too late. 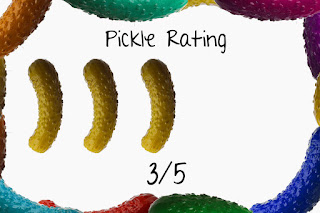 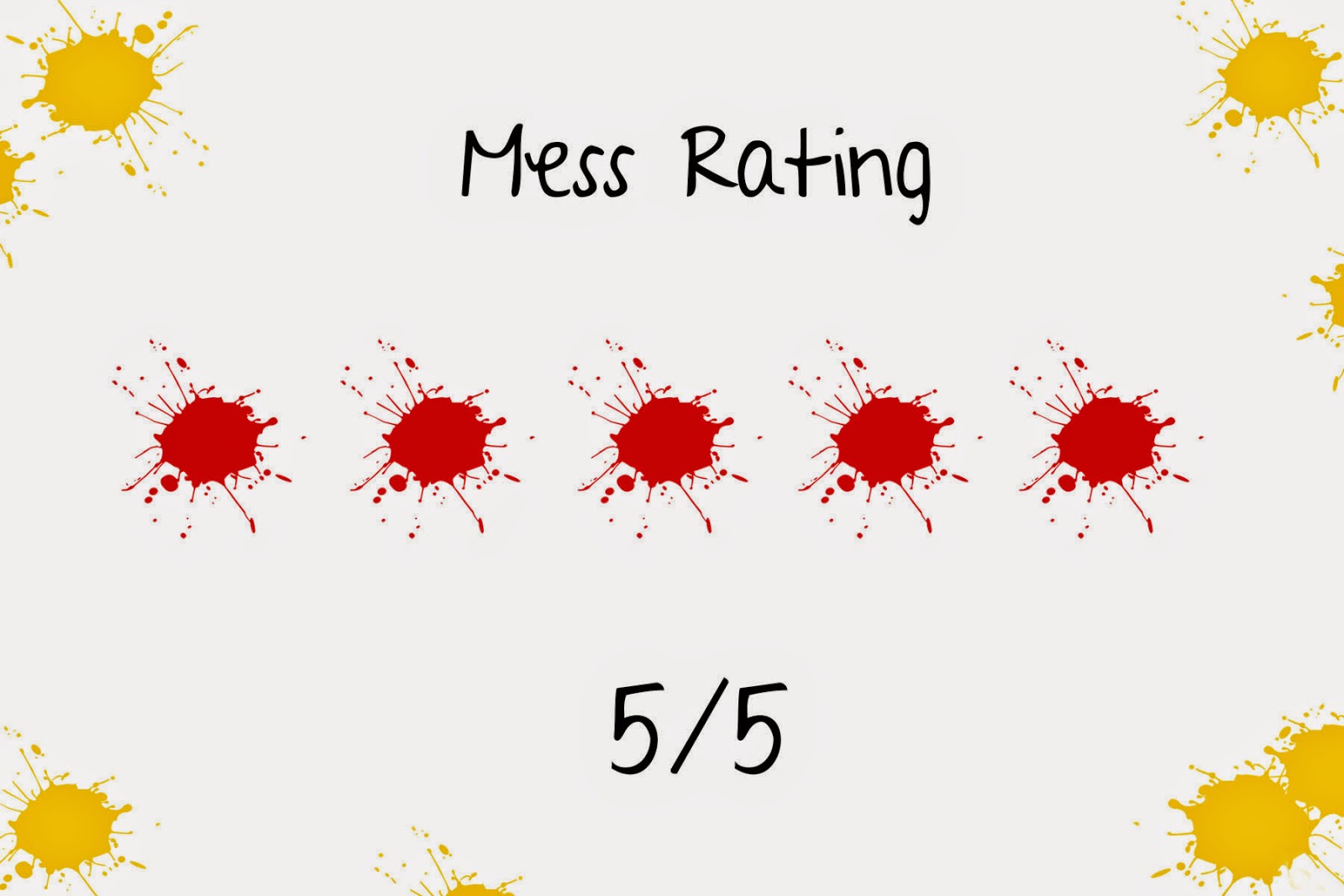