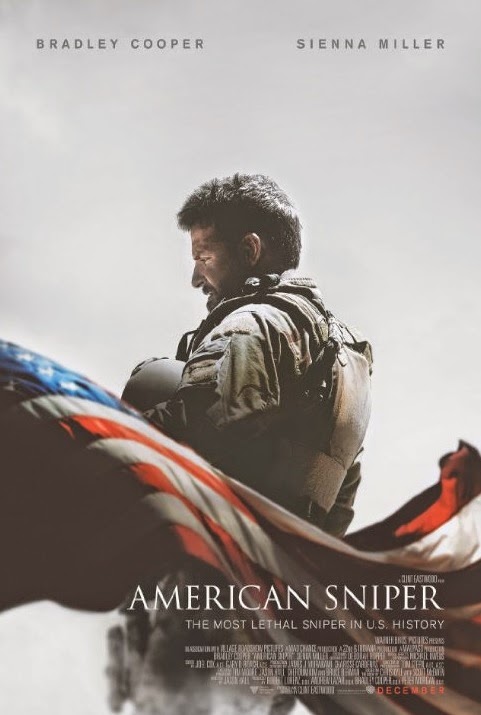 It's not very often you see a film in the cinema that silences the audience, where the entire cinema does not move an inch until the credits have finished rolling. I witnessed this last week at my local Odeon watching director Clint Eastwood's latest film American Sniper. Bradley Cooper delivers a powerful performance as 'the most lethal sniper in U.S. history' Chris Kyle.

The real life story documents Chris Kyle's incredible life; during his time serving as a Navy SEAL sniper in the Iraq war of recent times and the turmoil he brings back home with him to his family. American Sniper highlights the true impact of Post Traumatic Stress Disorder that creeps over soldiers. No matter what you have seen or experienced, the nightmare can be overcome.

Sienna Miller provides a great supporting role and proves that she can act pretty well. I wasn't so sure she could act prior to this film!

Having a knack for taking serious subjects and presenting it in a way that impacts the audience with powerful storytelling; Clint Eastwood is a great director with credits such as Mystic River and Million Dollar Baby behind him, along side an iconic acting career. Eastwood was said to have promised Chris Kyle's father, that he would stay true to the actual events of Kyle's life and portray him as the hero he was.

American Sniper is not for the fate hearted. With war scenes that raised my heart rate and left me on edge, they were carefully balanced with the calmness of family life. This was truly a great film that I not only thoroughly enjoyed, but left an imprint in my mind long after the credits finished rolling.