The Horrors Live at Troxy / October 2014 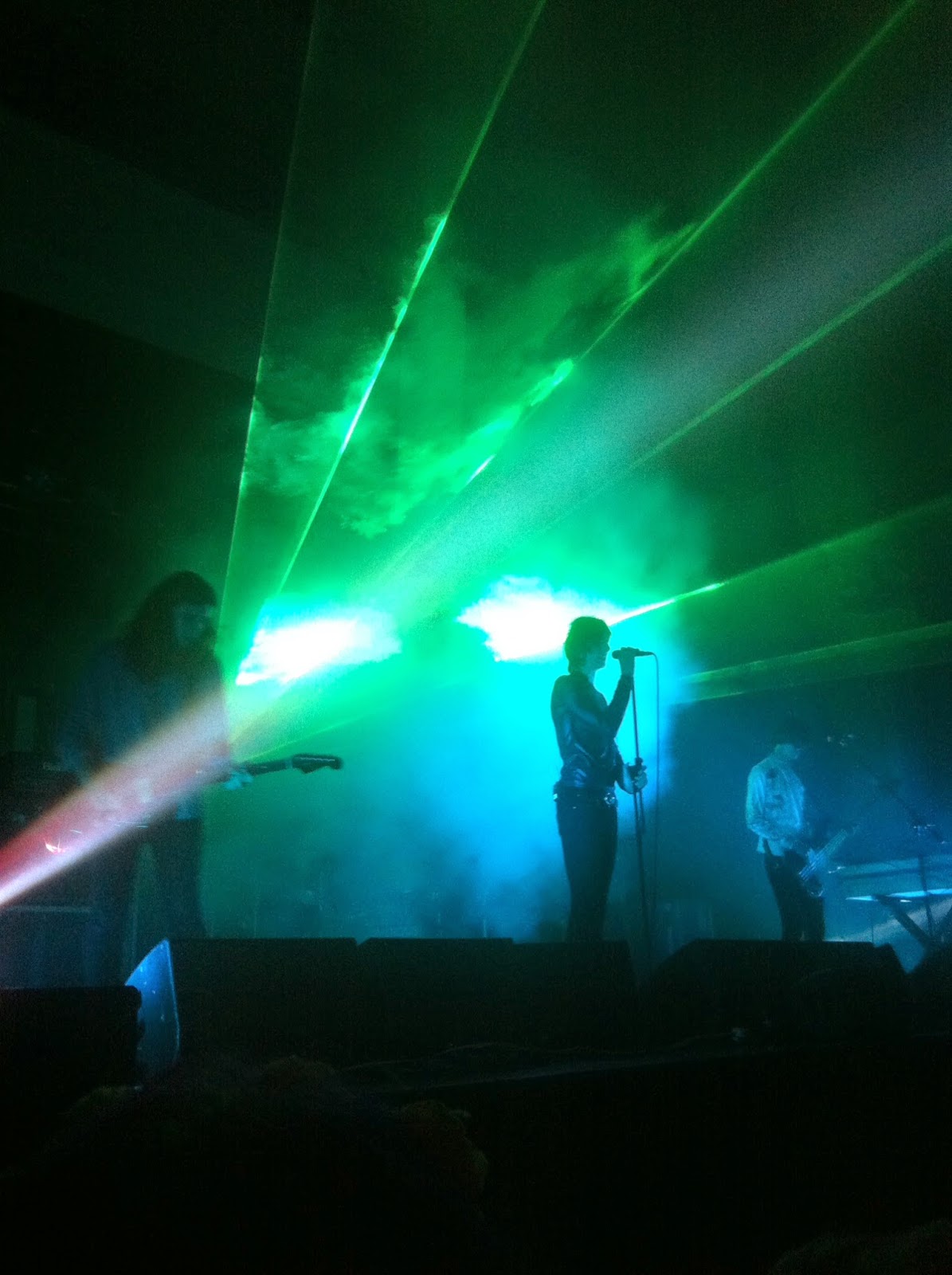 Visually impairing my retinas with pulsing colourful lasers; The Horrors gig in October was an unforgettable sensory experience. Being a big fan since before my uni days (looooong time ago!), I was anticipating this gig for many months since seeing them for the first time at Lovebox this summer.

The venue is a beautiful art-deco building built originally as a grand cinema in 1933, which contained luxurious interiors and a mirror lined restaurant. Sweeping staircases and chandeliers along with glittering lights, created an air of Hollywood about the Troxy. After showing it's last film in 1960, the Troxy changed hands many times to eventually become one of the best live music venues in London. 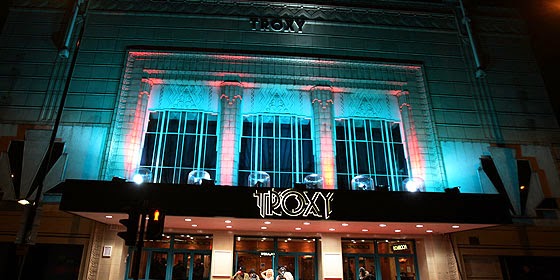 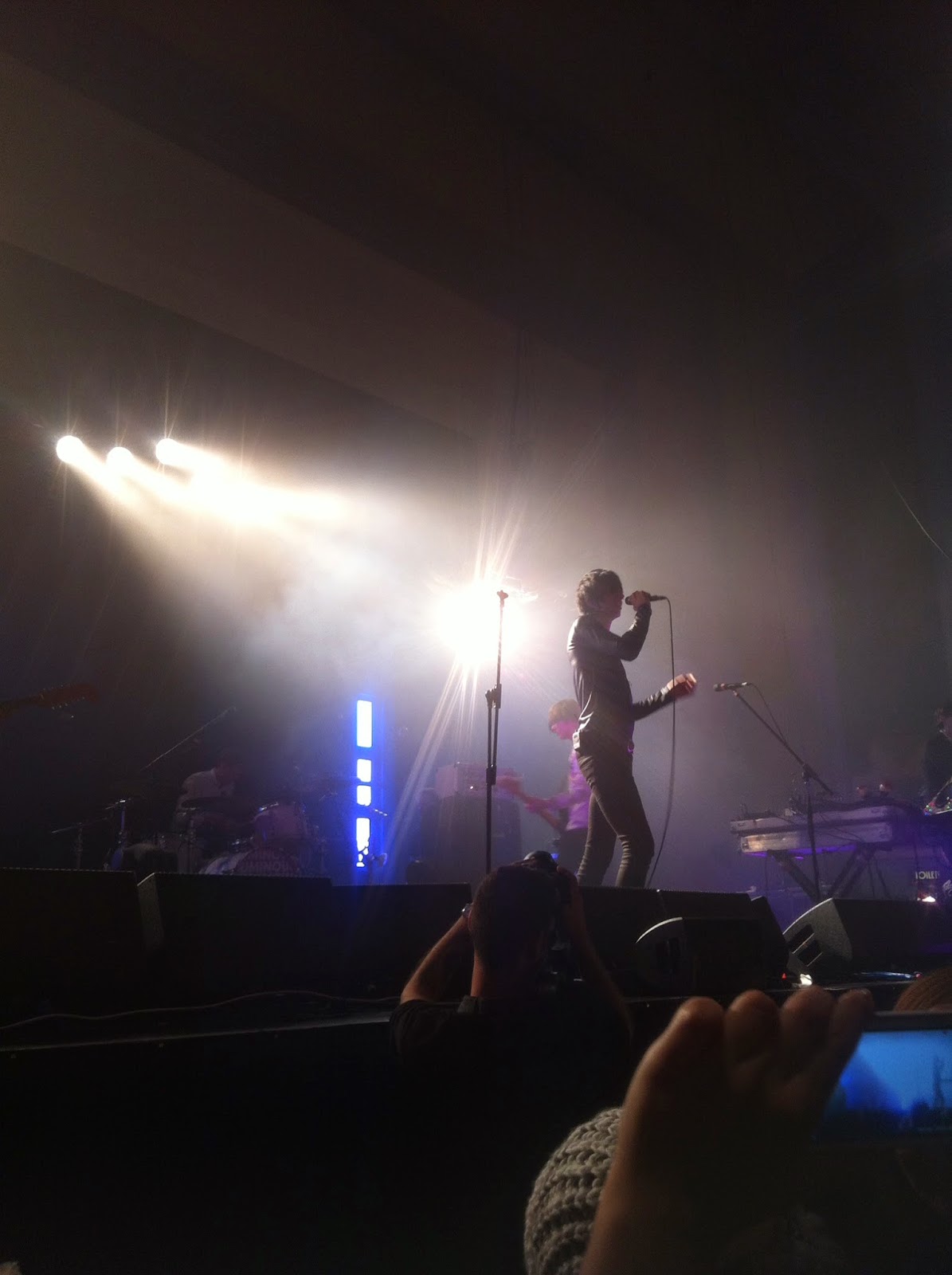 I can't remember the name of the support act, but I wasn't a massive fan of their music. It was nothing compared the what The Horrors had to offer. Being near the front I had a clear view of the band and light effects, which complimented each song so well. It almost felt like I had dropped acid, it was beautiful. The Luminous album is a step up from the previous mellow, shiny album Skying. If I had to describe Skying in colours, I would say the faded aquamarine blue hues shone through swirled ripples of sunshine yellow. Luminous on the other hand, would be pulsating vivid purples with steady midnight blues beats, off setting metallic gold glimmering unpredictably and spectacularly. Wow. 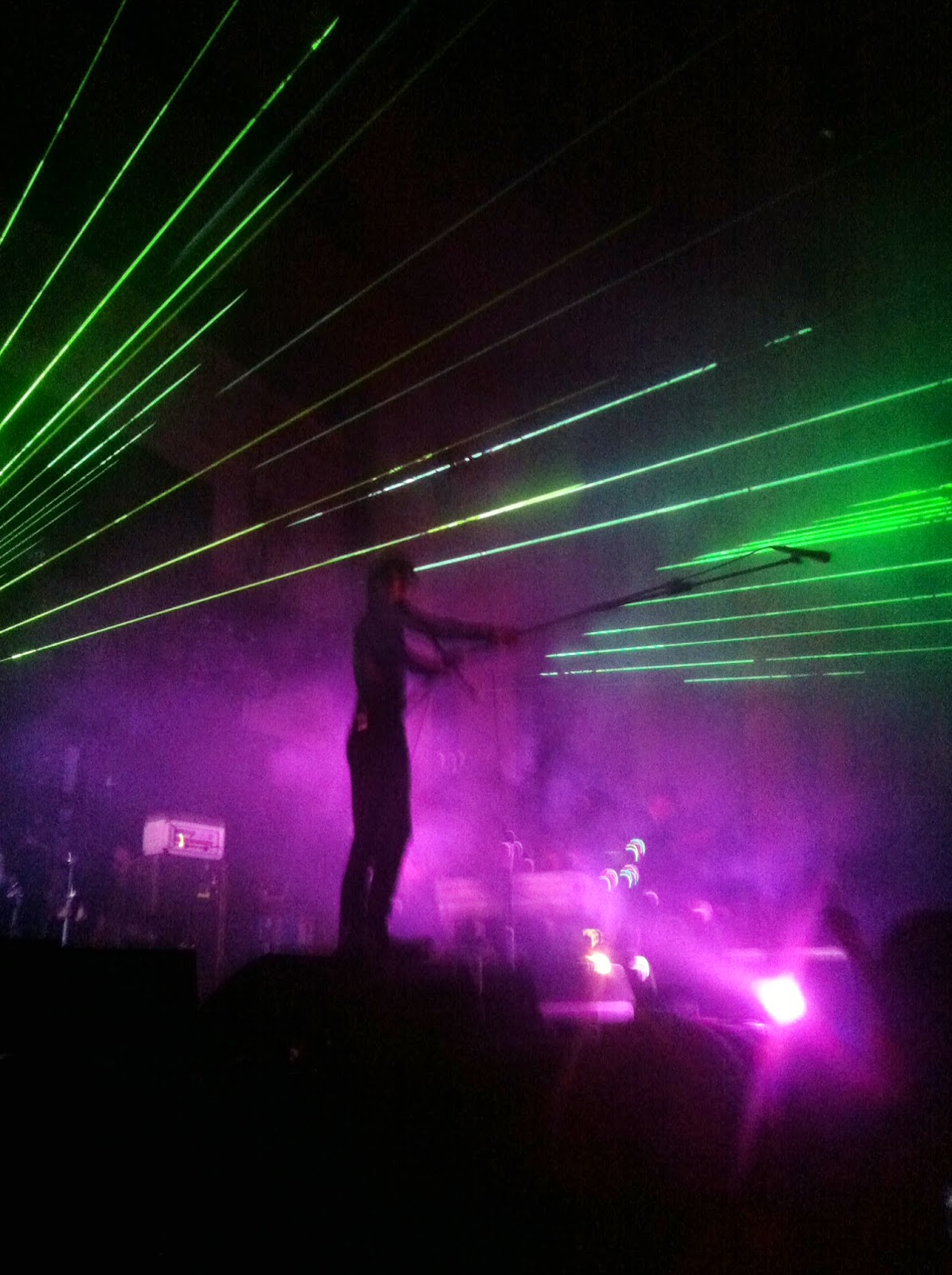 Upping the dance factor and meshing in mature synths, The Horrors prove their music is only going to get better and better. In my eyes, they are a band at the top of their game and will be one of the most important bands of my generation. My favourite Horror tracks have always been the epic 7/10 minute numbers that prove their talent and ability to change direction in one song. I couldn't believe my ears when they finished on 'Moving Further Away' form the Skying album. It was the most explosive ending to a gig I had ever seen. I was transfixed and hypnotised by the quick flashing lasers behind Faris, the guitars crunching ad the synths all coming together to create a crazy psychedelic noise. After Faris had proceeded to push his microphone on to the speaker, it only enhanced the 'noise' which was incredible. Nathan had gone to get a drink at this point and was further back above me, and he said it looked as if Faris' face was contorting and moving extremely fast.

Trust me we were not on acid haha. Just go see The Horrors live, you will not be disappointed. 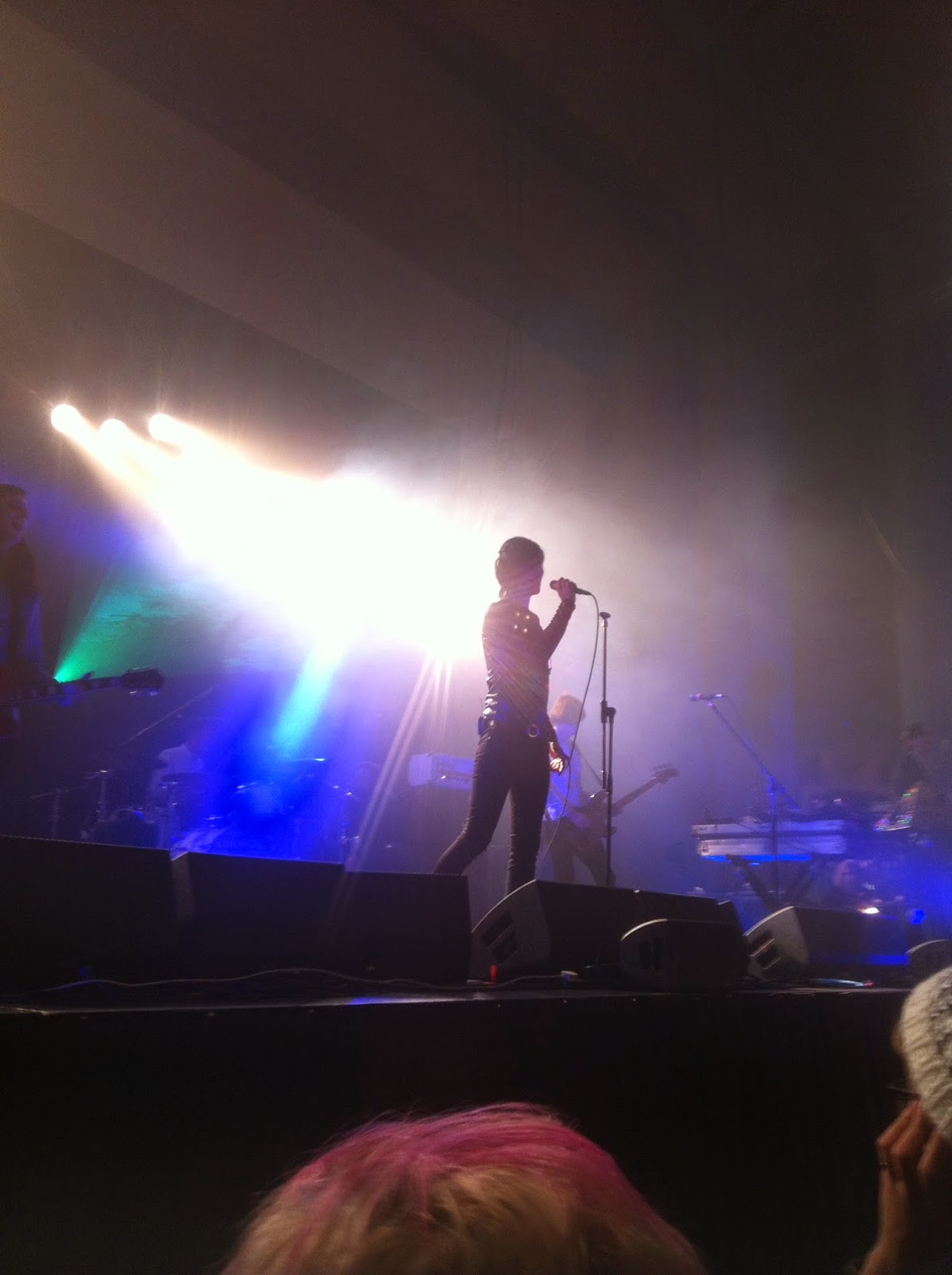