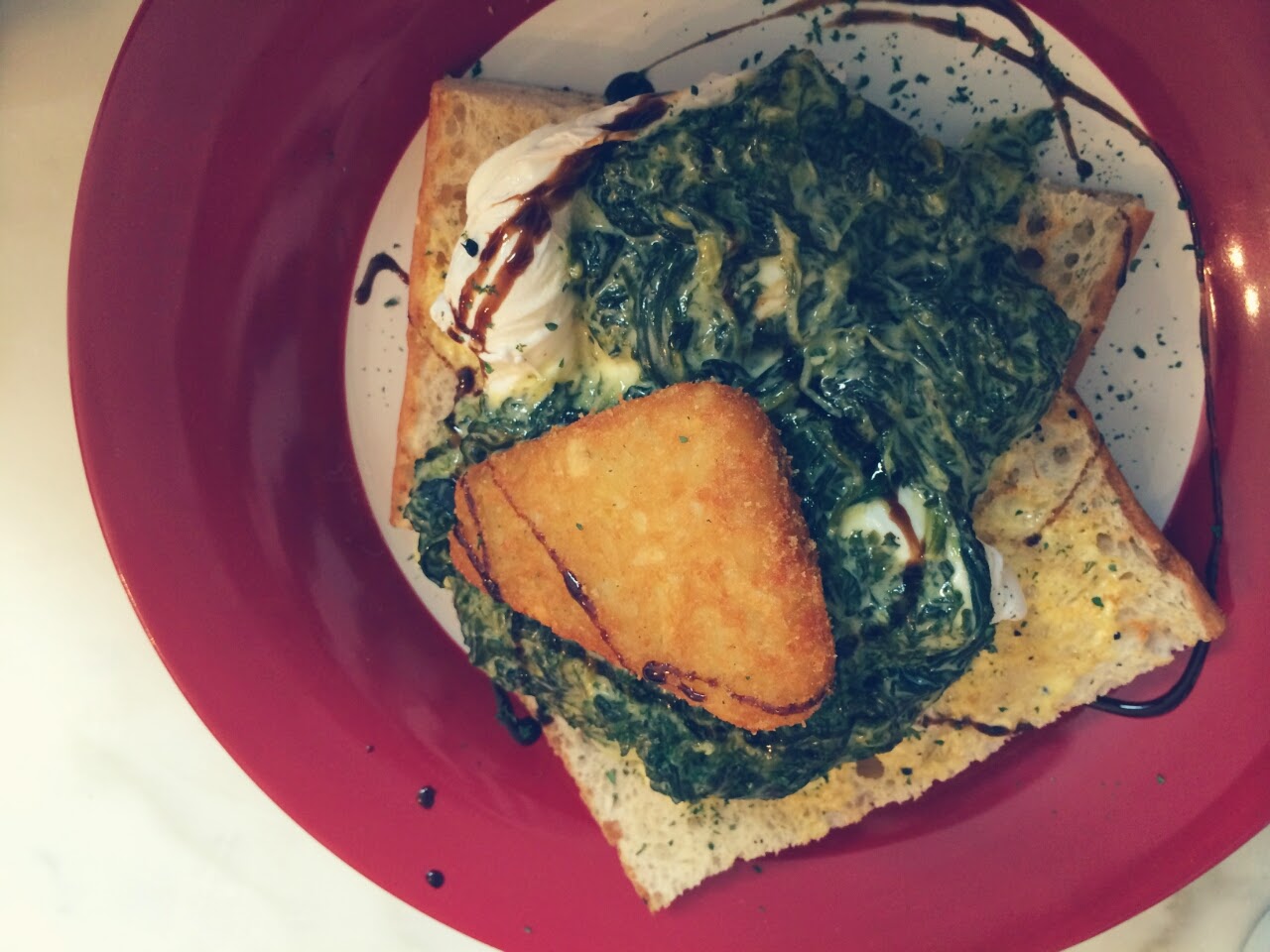 Eggs Florentine heaven!
Once in a while, you stumble upon a something special that make you smile. I found an extra special cafe just off of Southend high street recently, a place that calls itself Southend's only 'food revolution cafe / diner'. Legend Deli is a small but perfectly formed on Market Place right near Henry Burgers and not far from The Royals Shopping Centre. I have been wanting to visit the cafe for a long while now, after reading such good reviews online and dribbling at their menu on their Facebook page.

I headed there in the morning and ordered my favourite breakfast dish: Eggs Florentine with one hashbrown (I'm a big hashbrown fan!). When it appeared infront of me, it did not appear to be your traditional take on Eggs Florentine, as the Hollandaise sauce was left out. However it turned out to be one of the best Eggs Florentine I have ever had. Instead of Hollandaise, the sauce was a gooey, gorgeous mess of cheese and spinach. The mixture laid over two perfectly cooked poached eggs which were neither slimy nor cold. Chunky toasted bread replaced the English muffins, which I didn't mind at all and a drizzle of balsamic finished it off (well at least I think it was balsamic haha).

A large English breakfast was ordered by Nathan which he loved every bit and he also ordered a side of Scotch Eggs. If you take a peek on the reviews of Legend Deli, great things are mentioned about these scotch eggs. I've never actually had scotch eggs before as I dislike boiled eggs, but I was curious so had to try one. They were wonderfully delicious with lots of flavour, you can really taste the herbs in the sausage meat. The eggs seemed good to me considering I don't like the boiled variety and I loved the crispy breaded crust. I may now be a scotch egg convert! (Or maybe just at Legend Deli!)

The cafe also serves lunch throughout the day as well as in the evening, which requires advance booking. The daytime menu features street style fusions from around the world and it's something I'm definitely looking forward to trying on my next visit.

This little cafe is a hidden gem and well worth a tracking down. 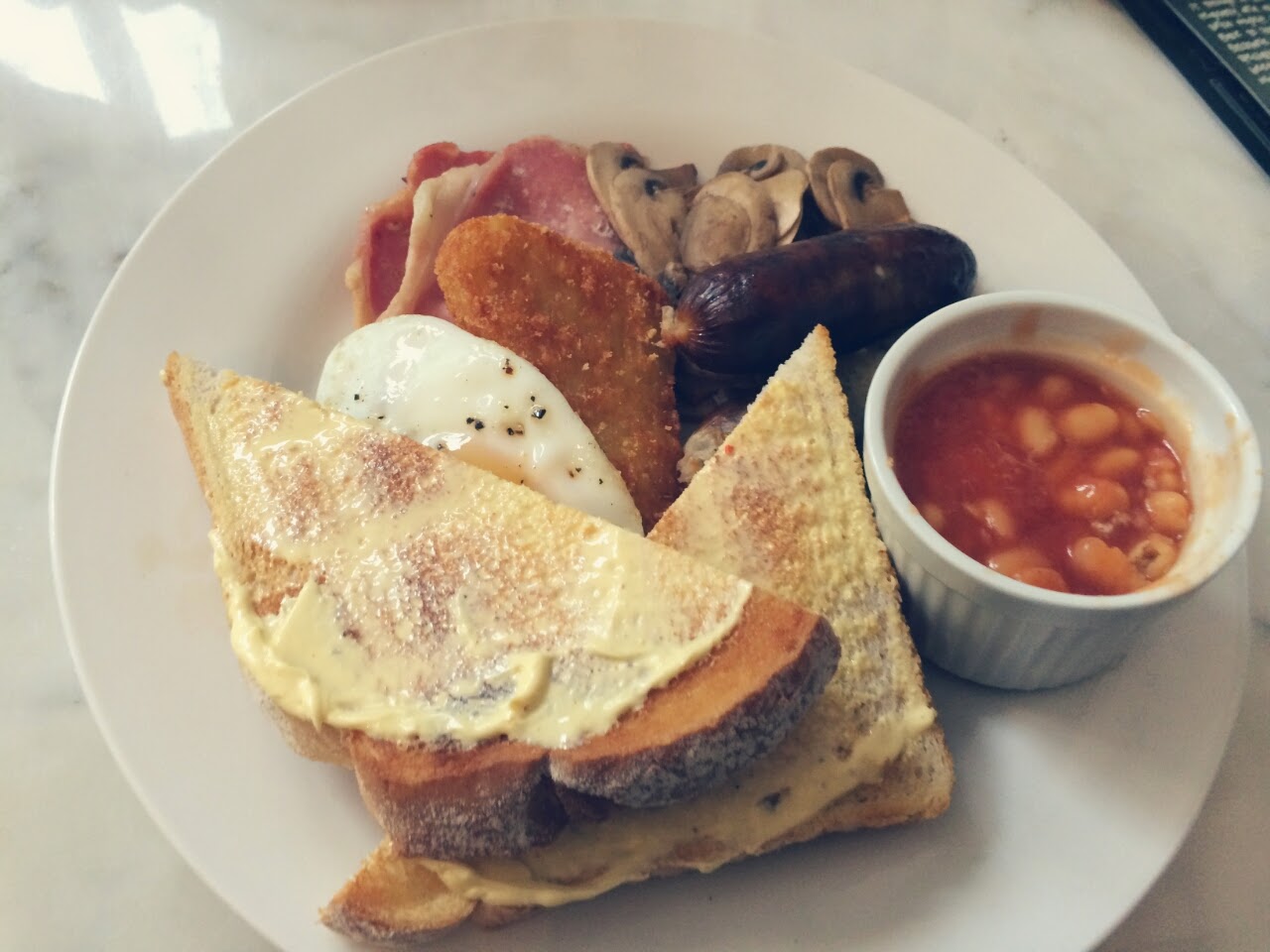 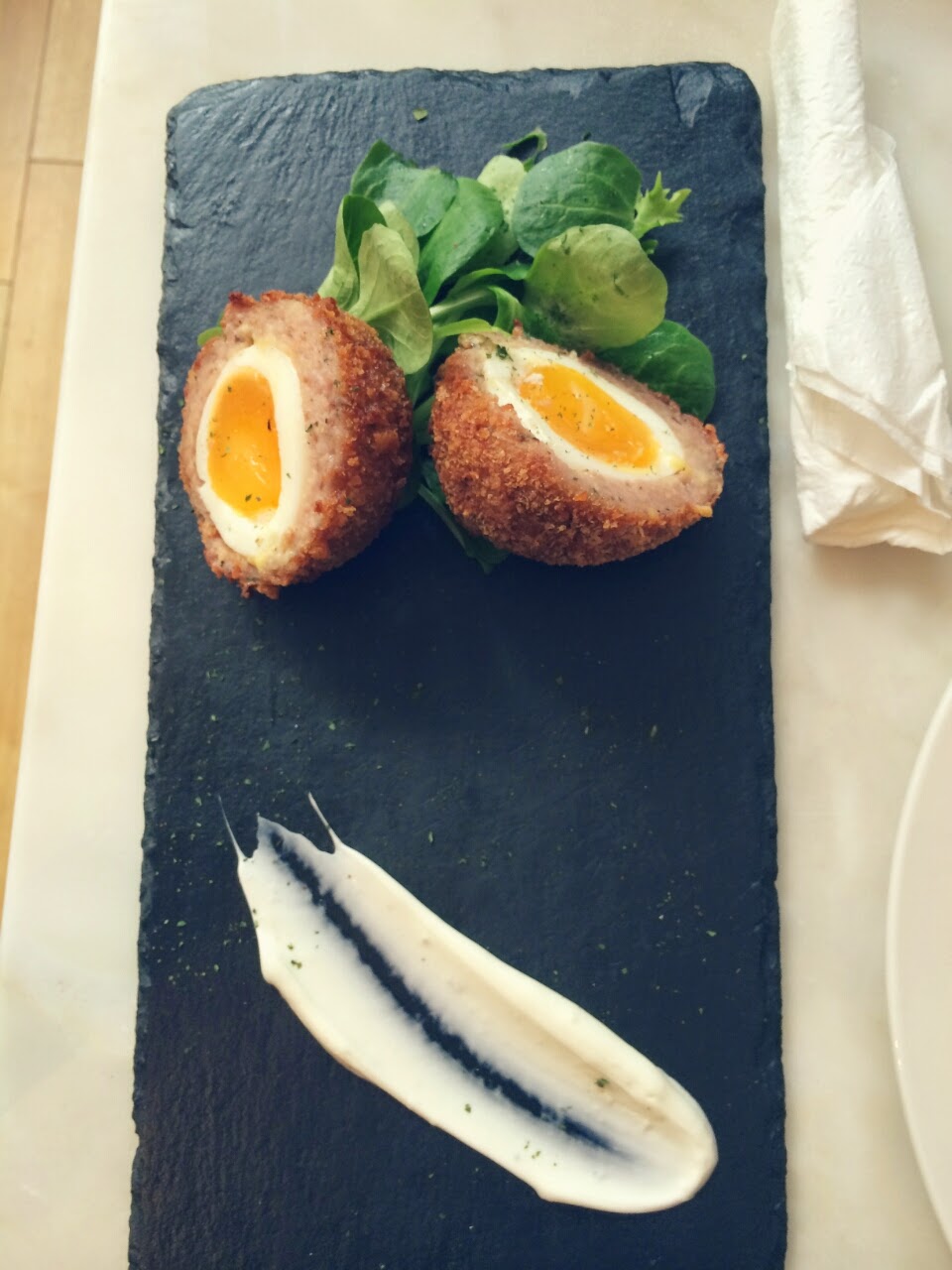 Scotch eggs to die for