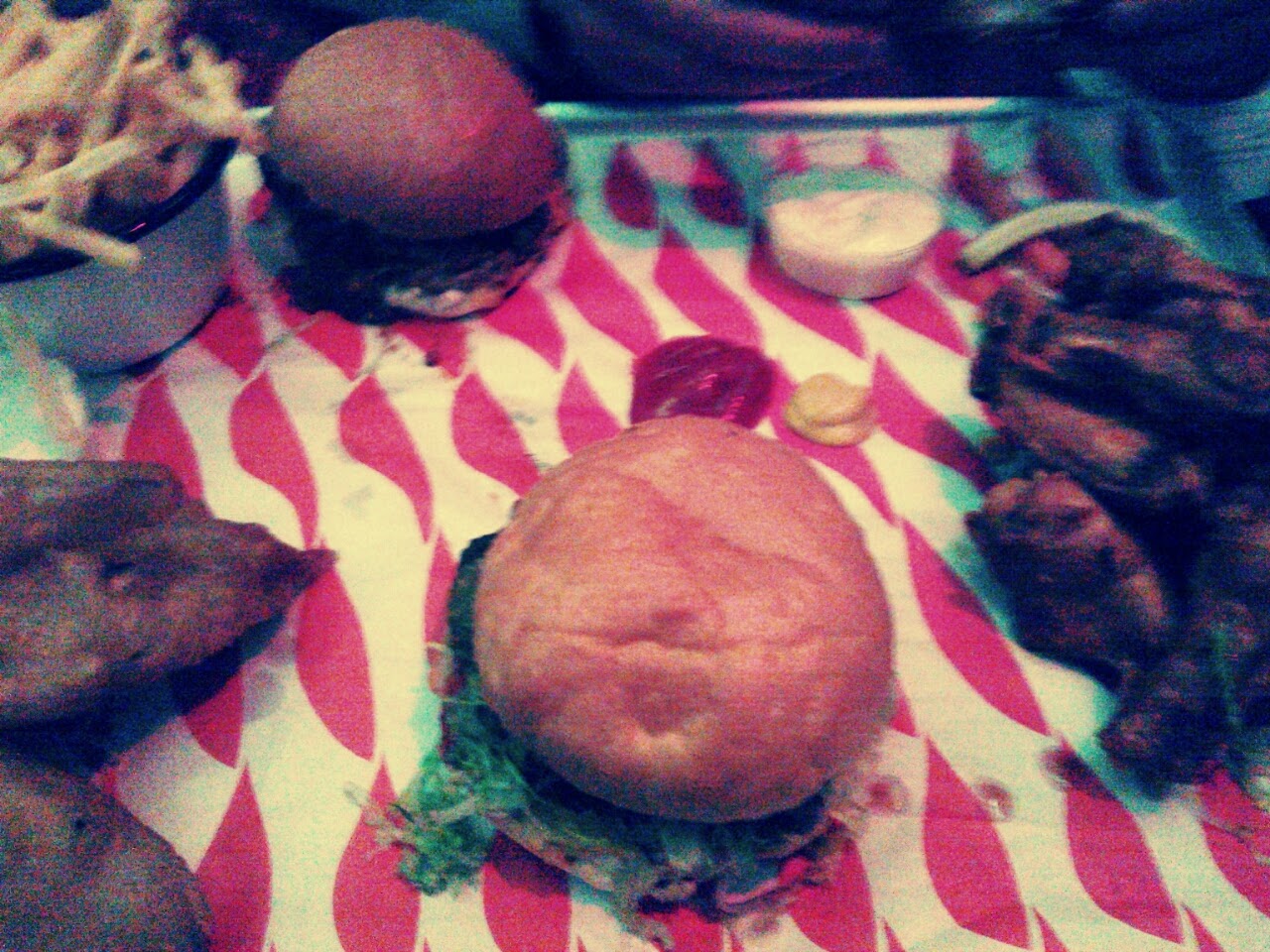 Jumping on the bandwagon, I ventured to Meat Mission in Hoxton on my birthday last month. I've wanted to go to Meat Liquor for so long now, but reading about long queueing times put me off so I decided to try their new restaurant. Meat Mission takes reservations unlike Meat Liquor, however I tried booking a week before and everything was booked up. Cautious about queueing, we arrived at 6pm and it looked completely empty from the outside. After five minutes we realised it was actually opened and walked in to be seated straight away in The Downing Wallace Hall. The religious gothic décor was something else; the ceiling was covered with a colourful stained glass window effect and the lighting was dark and low key. Benches served as tables and instead of cutlery, a kitchen roll was provided to mop up dirty hands and mouths.

(Check out my pickle rating at the end of the post) 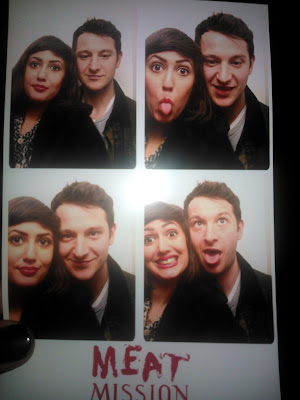 We drank a 2 litre jug of the own brewed beer which went down incredibly well and I would definitely recommend. The food was brought out in large trays that enabled sharing with ease and caught stray food from my messy eating habit. To be honest, I completely forgot about the Cheeseburger (beef patty, cheese, red onions, pickles, lettuce, mustard and ketchup) I ordered as I was too busy indulging in the Fried Pickles, which were the best thing I have ever tasted. Even now, I'm craving the crispy pickled goodness. I dislike really spicy food, but the Bingo Wings (chicken wings smothered in house-made hot pepper sauce) were incredibly tasty with just the right amount of spice. The blue cheese dip which accompanied the fried pickles and bingo wings were addictive to say the least, especially drizzled over the burger and fries. I was hoping the fries wouldn't let the meal down as I find they can often be hit or miss at restaurants, however they were crispy not too greasy or soggy. I finally approached my Cheeseburger last. Nathan had already finished off his Green Chili cheeseburger (beef patty, cheese, chilli butter, red onions, pickles, lettuce, mustard and ketchup) and was eyeing up mine, but unfortunately I could only eat half as I had already devoured everything else on the tray. I have to say, it was the best burger I've eaten and I'm already planning my next trip! I'm thinking about possibly trying the Pastrami Dog next time? 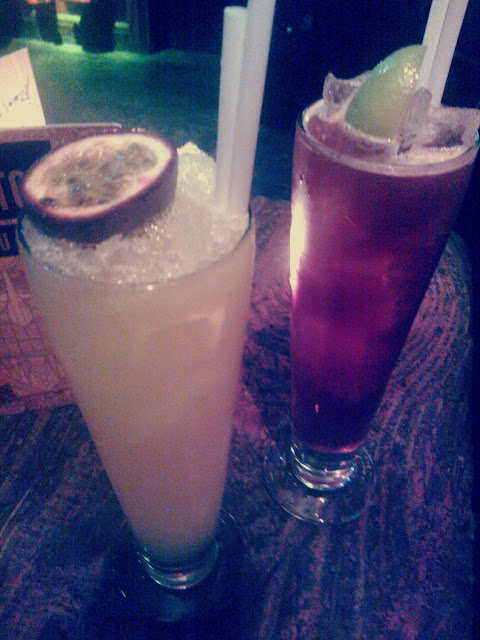 Positioned by the main entrance there's a photo booth that produces four passport sized photos with the Meat Mission logo, it's so much fun! Glance over the menu on the Meat Mission website and plan your trip for the ultimate burger experience. 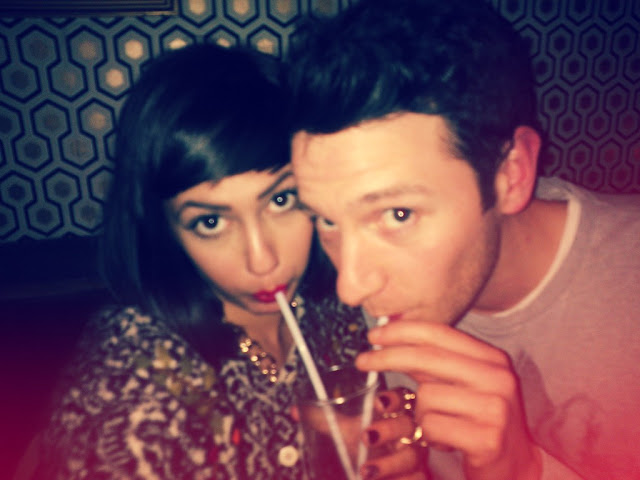 After our food binge, we headed to a bar which I have completely forgotten the name of. As we sat in a booth slurping our cocktails (Passionfruit and Long Island Ice Tea), Nathan worried we had ventured in to a gay bar as he was getting checked out left, right and centre. I found this hilarious, it always happens to him. 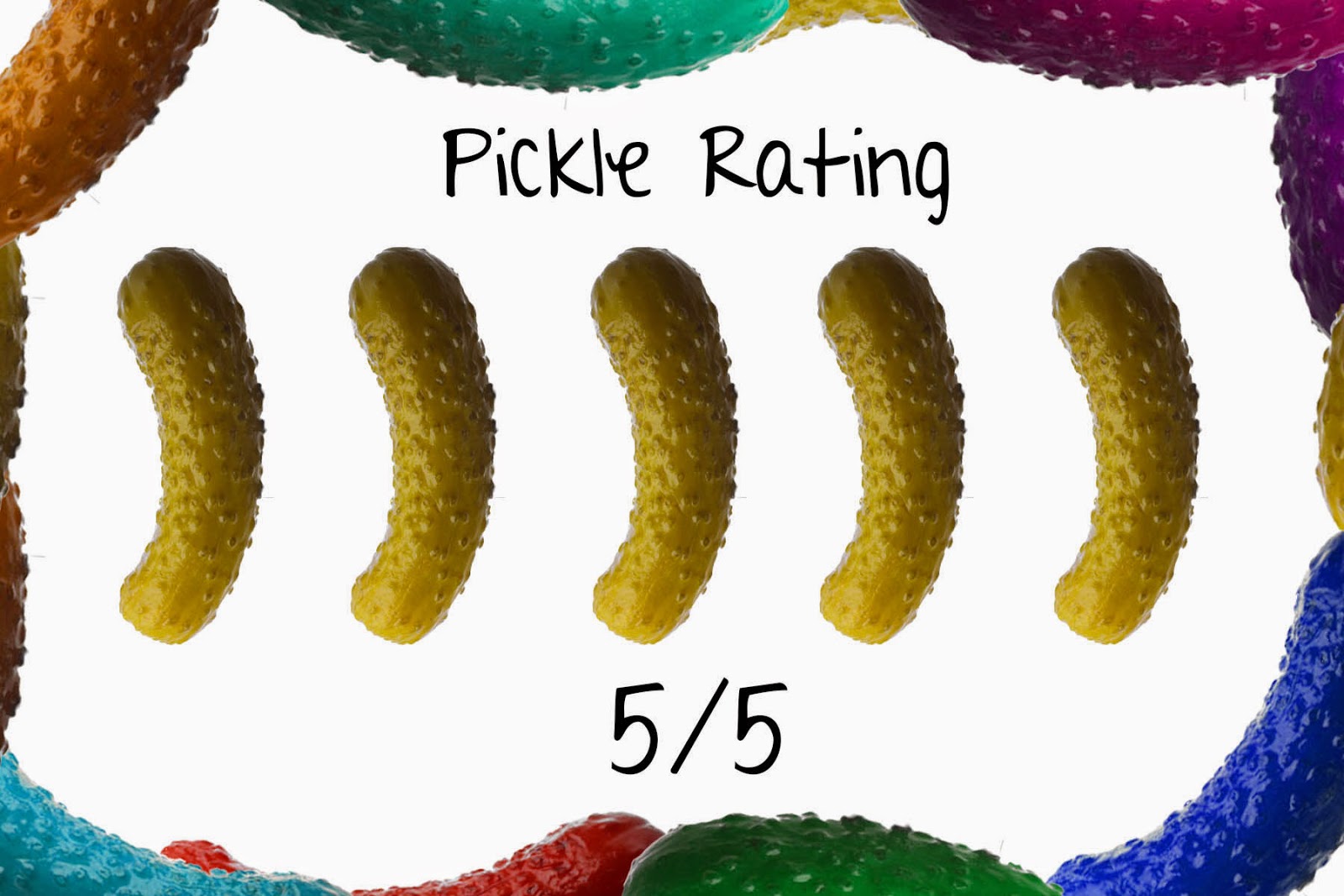