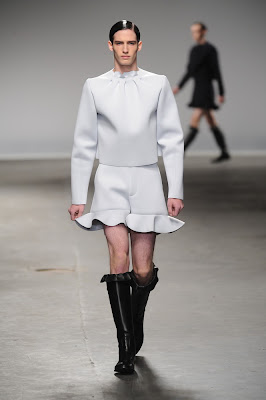 The second London Men's Collections showcased a surge of talent from established designers to the new and upcoming. A mix of fresh and modern designs are to be looked forward to this coming autumn, along with a soft feminine edge that may make some men run to the hills or rethink their future wardrobe. 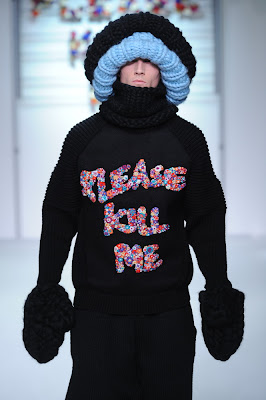 SIBLING
The knitwear brand brought oversizing to a new level by introducing extreme accessories; faces were hidden behind hats, and noses peered out from scarves and snoods. Pastel pinks, baby blues and tomato reds livened up leopard and geometric checker board prints. Extreme slogans were glorified by pretty floral patterns, such as 'Please Kill Me'. 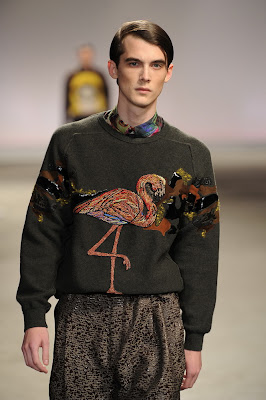 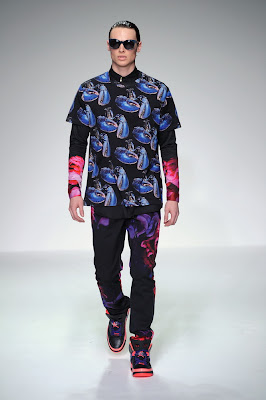 KATIE EARY
Prints took over the catwalk and was placed strategically on trousers, shirts and jackets. Eary's collection was a fresh take on Miami vice but with dark undertones. Lots of black, heavy chains and sunglasses toughened up the clothes. 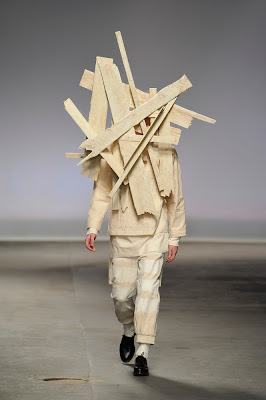 J. W. ANDERSON
Boxy silhouettes and simple tailored pieces featured ruffles in pale blue, white and camel. Femininity was a strong theme throughout; skirts and dresses were sent down the catwalk, along with the ruffles, and bandeau styles. Contrasting black PVC knee high boots added a fetish edge. 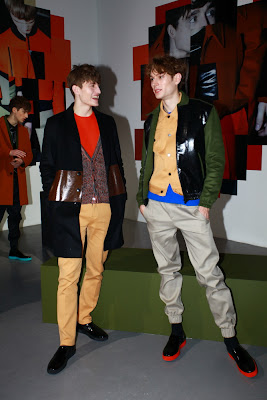 JONATHAN SAUNDERS
Colour was the emphasis of the laid back presentation, as Saunders blocked and clashed bright autumn hues with hints of black. Groups of models chatted in cuffed trousers and coats with thick stripes of orange. 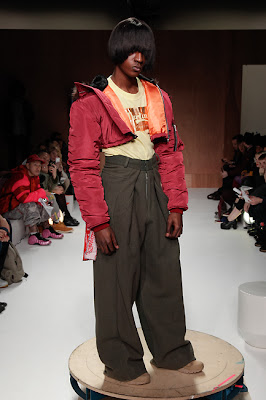 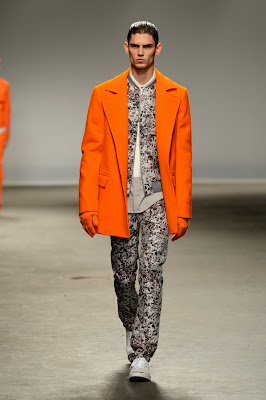 RICHARD NICOLL
Clean cut tailoring formed the basis of the collection, with Nicoll choosing to use a minimalist colour palette of greys, whites and flashes of tangerine. Small graphic paint splattered prints dominated throughout, however it was the oversized silver jacket that surprised and stood out. 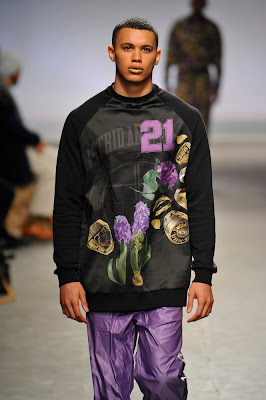 ASTRID ANDERSEN
Inspired by the NBA, oversized garments featured heavily in Andersen's collection; in metallic hues of purple, green and gold in fabrics that offer a slight sheen. Basketball jerseys and sweaters featured Andersen's logo emblazoned on the front, which were teamed with gold lipstick. Prints included watches, rings, flowers and leaves which added interesting detailing to bomber jackets and trousers. 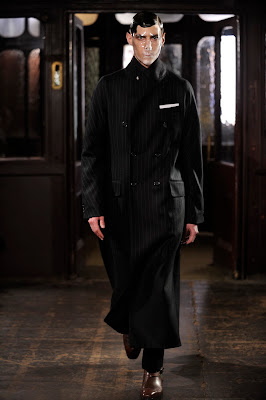 Predicted emerging trends from the catwalks include bold prints as seen at Martine Rose, flamingos on shirts and jumpers at James Long and Richard Nicoll showed silvery black splatters.

Flashes of orange were seen repeatedly throughout the week; Topman Design used the hue on trousers, prints to parkas, whereas Jonathan Saunders used printed bold orange stripes to clash against the other bright colours in the collection.

Solid coloured outfits were popular, with Craig Green focusing on white, midnight blue and black. Alexander McQueen kept it dark and simple with all black and burgundy tones and J. W. Anderson focused on whites, blacks and camel tones.


All photos from ID Online