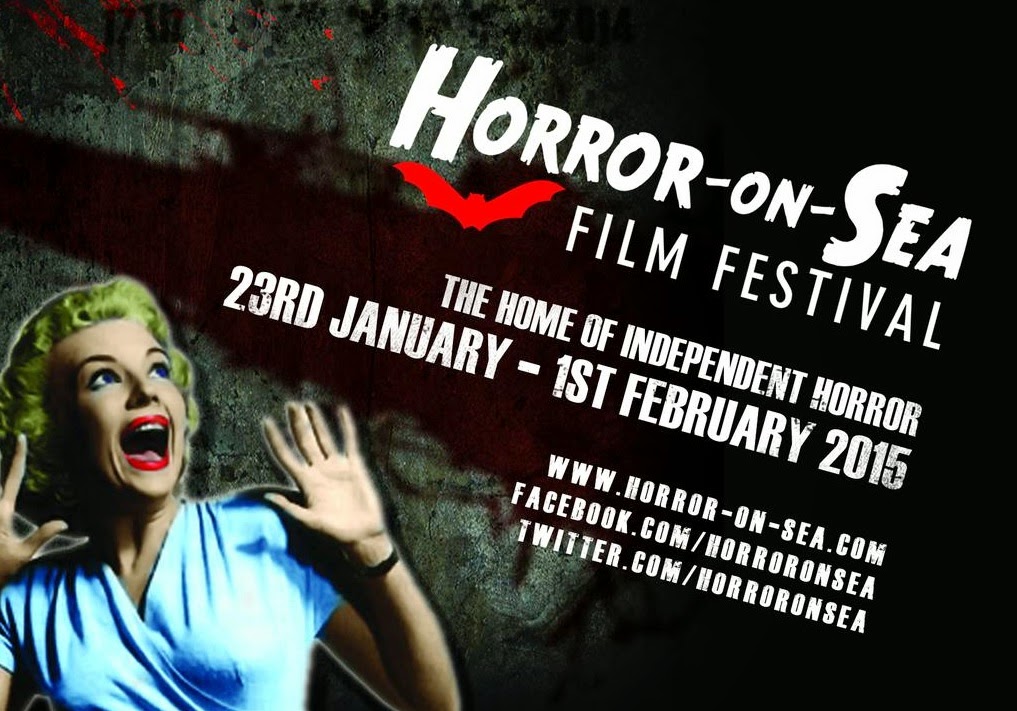 Horror-On-Sea film festival is back this weekend for another year of independent horror in Southend-On-Sea, Essex. The line up features films from the UK, USA and Europe; showcasing the film makers' unique take on the horror genre, with most premièring for the first time at the festival.

Alongside the festival, film maker Pat Higgins will be holding a 'How Not to Make a Horror Movie' workshop on Saturday 24th Jan for £5. Higgins has vast experience in creating creepy films and will offer advice ranging from power failures to casting nightmares.

I'm really excited about this film festival, as I'm a big lover of the horror genre and was unable to attend last year! These are my top picks below from the line up and will probably be the ones I end up buying tickets for.

3pm Berkshire County (Audrey Cummings / 2014 / Canada / 1h 24m)
Kylie Winters, a bullied and self-loathing teen, reluctantly agrees to babysit at an isolated country mansion on Halloween night.  When a small boy in a pig mask appears at the door trick-or-treating, Kylie's night transforms into a horrifying and violent cat-and-mouse game.  She must go beyond what she ever thought possible if she and the children are to survive the night.

+ The Stomach (Ben Steiner / 2014 / UK / 15m)
Frank's had enough. A spirit medium whose unique and grotesque method of channeling the dead is putting his own life at risk, he wants out. But others, in this world and the next, have plans of their own. Part body-horror, part ghost-story, The Stomach is a unique tale of Supernatural Noir.

3pm How Not to Make a Horror Movie!
Pat Higgins (KillerKiller / Hellbride / Bordello Death Tales) Masterclass
Pat has made a lot of horror movies. He's also made a lot of mistakes. Join him for a fast-paced romp through all the horrible ways that your masterpiece can screw up. From power failures to casting nightmares, these are the terrifying true stories of how NOT to make a horror movie...
(Laurel & Hardy Suite, Park Inn Palace Hotel / 2h)

12.30pm Enchiridion (Mark Beal / 2012 / USA / 1h 21m)
Part "Naked Lunch," part "Alice in Wonderland," Enchiridion is the story of Father Noah Gregory, a young priest who is approached by federal marshals with an unusual request: help them deal with a vampire they have taken into custody. Drawn in by tales of the vampire's history, Noah's own life begins to take strange twists. And when the vampire disappears, things get very weird.

+ The Heebie-Jeebies (Todd Slawsby / 2014 / USA / 9m)
When two kids convince Mom to read a scary story right before bedtime, it’s hardly a wonder no one gets any sleep. But is it really all just make-believe?

3pm Sharkasaurus (Spencer Estabrooks / 2014 / Canada / 10m)
+ Panel Discussion: ‘The Making of Sharkasaurus’ with the cast and crew
A creationist vs A palaeontologist vs Sharkasuarus.

The Mystery of the Missing Armadillo

1952: An armadillo goes missing on its way to London Zoo. But what REALLY happened to the missing armadillo? And is the truth far more sinister than anything you might imagine?

An animated music video for Jonathan Coulton's zombie anthem, "Re: Your Brains."

Support up and coming film talent and come to Southend this weekend! You might even bump in to me haha!