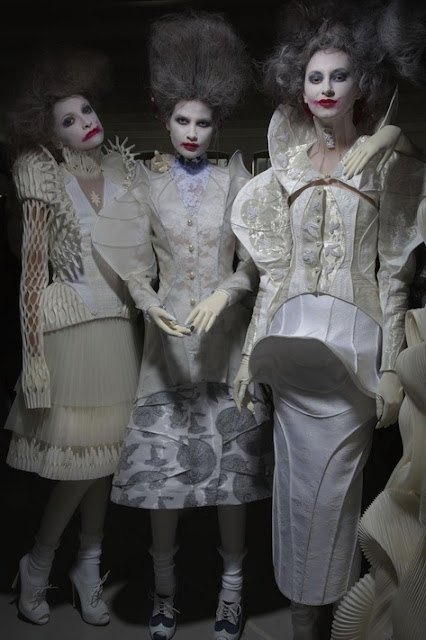 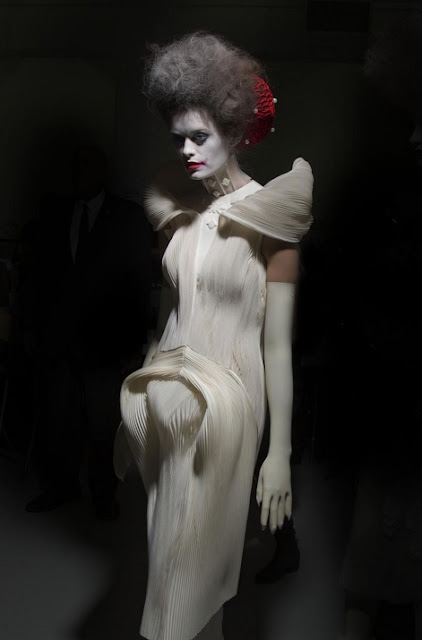 Pushing the boundaries between art and fashion, Thom Browne creates innovative collections each season. Channeling unsettling themes of insanity with elegant touches from the Edwardian / Victorian era, the clothes scream feminine and lady-like in sterile white. The structure of the clothes in mixed fabrics, are reminiscent of creepy Victorian photographs while the high stuff collars could be influenced by Queen Elizabeth I. Lennon style sunglasses and hair net hats influenced the authoritative 'nurse' persona to the looks. The big voluminous hair and smudged dramatic make up, added to the eeriness of the show along with a xylophone soundtrack and white sweets that were 'administered' to the audience.

There is an interesting article by Katherine Bernard on Dazed Digital titled 'What Place Does Mental Health Have In Fashion?', about the relations of the mental health subject surrounding fashion. In particular focusing on aspects of mental health in the Thom Browne SS14 show, reflecting on the relationship between the audience and models: nurses watching the insane until they themselves become the patients. Worth a read.