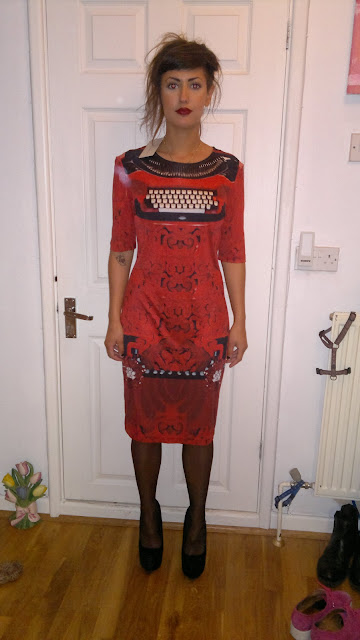 I had some amazing news a couple of weeks ago! Whilst at London Fashion Weekend my boyfriend entered a competition with his mobile network Vodafone to win a designer dress. I made him text each one and he received a phone call two weeks later saying he had won the Mary Katrantzou Typewriter dress!! I was over the moon as this was the dress we both wanted me to win! The image below shows the catwalk version of the dress.

This is me wearing the dress, it may be a bit big for me but I love it nevertheless, its beautiful! 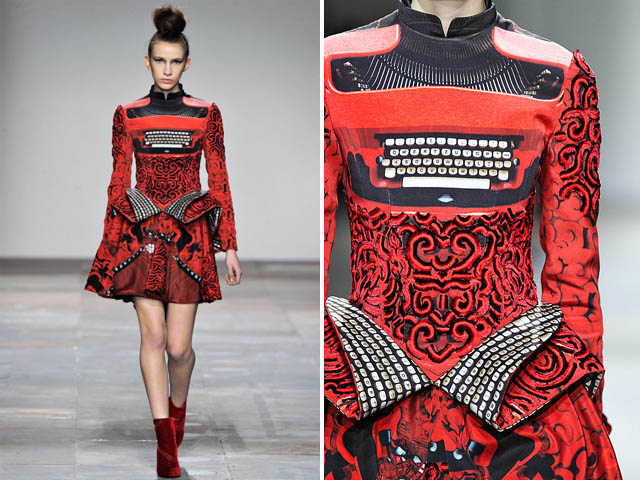