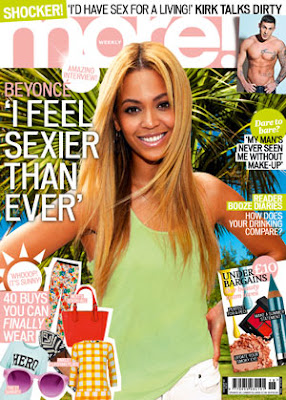 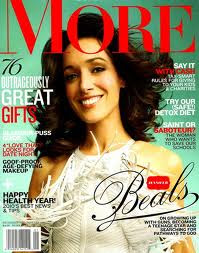 After 25 years in print, More! Magazine announced last week it will halt future publications. Bauer Media who owns the weekly magazine, stated the suspension was caused by a decrease in reader figures. Famed for it's 'Position of the Week' and 'Men Overheard', the magazine's suspension is unfortunate news for a once extremely popular magazine. Growing up I bought More! every week, the sex tips in particular guided me throughout my teenage years, adventures and mishaps. I would laugh so hard at the 'Men Overheard' section, wondering how men came out with such hilarious things; although I will never get the chance to submit my own overheard quotes from naive men.

The fashion pages were aimed at cash strapped readers, broke from college or university looking for quick fixes or style advice. More! interacted with their readers in a way which possibly was ahead of their time, the direction of particular features were dictated by the way the readership responded and tackled the subject. 'Position of the Week' would not have been so popular, if couples hadn't applied to try it out and review it for the magazine. Travelling around shopping centres weekly, passer bys were asked to try on their new purchases beneath the More! curtain. The photos inspired my teenage self, how the average Jane styles her clothes and what she buys.

Only being suspended, there is a possibility that the magazine will be up and running in the near future. I have my fingers crossed, for More! and the next generation of teenagers growing up with one less magazine to guide them through those cruicial teenage years.